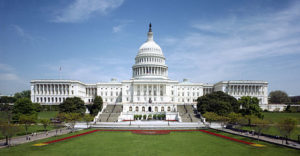 Real Estate Leasing Policies of the US Federal Government

Not all federal agencies use the GSA for their real estate leasing services. While the GSA owns and leases over 427 million square feet of office and warehouse space in 8,705 buildings domestically, there are, according to GSA’s FY 2013 Federal Real Property Profile (FRPP) Summary Data (Data Set), 18 federal agencies reporting owned and leased holdings in FY 2013 that do not include the GSA in their real estate representation figures. These 18 federal agencies occupied almost three billion square feet of owned and leased space in 344,579 buildings around the world. In 2015, the GSA published its FY 2014  FRPP data with domestic and US territory numbers only, which is a departure from previous years, which had included most global figures for the portfolio. The FY 2014 FRPP compared to the FY 2013 FRPP shows a smaller pool of properties when compared to the entire global US federal government owned and leased inventory.

Not included in the GSA’s FY 2014 Data Set are real estate inventory numbers for the US Postal Service (USPS). In 2015, the USPS reported a real estate inventory of 194,220,453 square feet of owned space in 8,524 owned buildings along with an inventory of 78,144,453 square feet of leased space in 23,314 leased properties. Also not included in the FY 2014 Data Set are the federally owned and managed public domain lands. In 2012 the Department of the Interior reported that federally owned and managed lands, including public-domain lands, equal almost 629 million acres; this amounts to almost 28 percent of the 2.27 billion acres of land in the United States. This is a massive portfolio of property for the federal government to own, lease, and manage. By some accounts, the US federal government ranks fourth globally in the amount of owned land and property, behind the holdings of the Queen of England, China, and Russia.

This article is published as part of an on-going series on government real estate leasing.