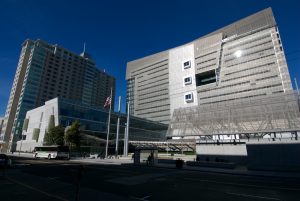 When looking for a starting point for examining the federal government’s real estate policies, it is best to start with the GSA’s Public Building Service (PBS). PBS is the arm of the GSA that leases space for numerous federal agencies, including the Federal Bureau of Investigation and the Social Security Administration. PBS is also the caretaker of federal properties the GSA owns, occupies, and leases to other federal agencies across the country. PBS’s real estate policies are numerous and address almost all the federal government’s real estate leasing activities since the formation of the GSA in 1949.

Narrowing the focus to policies currently in place finds that PBS sets the policy baseline for the federal government’s real estate policy. This policy baseline is best described by PBS as its “basic policy” to lease quality space that is the best value to the federal government, is located in a central business district (with some exceptions), is accessible by persons with disabilities, and is sustainable and provides a safe work environment.

The bulk of PBS’s real estate policies are found in the PBS Leasing Desk Guide (Desk Guide). The Desk Guide sets forth the guiding principles and policies for GSA employees engaged in government real estate contract activities. The policies in the Desk Guide also apply to federal agencies leasing space under delegated authority from the GSA. In 1996 the GSA administrator granted GSA leasing authority to all federal agencies. Known as “delegated authority,” this change permits federal agencies to lease their own space without using the GSA as their real estate representative. If a federal agency uses the GSA for its real estate needs, that agency becomes either a tenant in federally owned GSA-managed space or a subtenant to the GSA, with the GSA holding the primary lease with the private-sector property owner. The GSA has a separate occupancy agreement with the federal agency to which it is subleasing the space. The costs for managing that space are usually added to the lease payments made to the GSA by the subtenant leasing the space from the GSA. The GSA typically has special clauses in its occupancy agreements that allows the federal agency to vacate the leased space before GSA’s lease term expires with the private-sector landlord; the GSA is typically left paying the remainder of the lease term rents regardless of the whether the space is still occupied by the federal agency subtenant. As recently as 2014, the GSA made changes to its leasing delegation authorization process. Some of these modifications centralize the GSA delegation authorization process and require additional oversight of federal agencies, which now are required to show they can manage and administer their own leases. To better understand the GSA’s leasing authority and the GSA’s authority to delegate this authority to other federal agencies, it is best to look at the United States Code (USC) Title 40, formally known as the Public Buildings Act of 1959.9

USC Title 40 is the most frequently mentioned code in the two main bodies of work that deal with the GSA’s delegated authority (and a multitude of other GSA policies): the Desk Guide and the GSA’s General Reference Guide for Real Property Policy (Reference Guide). The Reference Guide details almost every major policy for the steps in a federal agency’s real estate transaction cycle, ranging from delegated authority to leasing, ownership, property management, and disposal.

This article is published as part of an on-going series on government real estate leasing which can be found at GSAleasing.com.